The introduction of queens into hives is always a delicate operation. Whether they are fertilized, virgins or even queens, the risk of rejection and failure is high. To reduce this danger, it is necessary to know the technique well and to respect the timing and movements. This increases the chances of success. In this article we explain simple techniques for introducing queens and improving acceptance rates.

Often beekeepers have to introduce queens into their hives. This may be to provide a mother for a cluster or package of bees, or to replace an old, poor quality or accidentally dead queen. Or even to save an orphan colony. In all these circumstances, beekeepers are aware of the difficulty of the queen introduction operation: the possibility of the bees rejecting the new queen is very high and the handling must be very careful.

Despite these risks, queen introduction is an essential operation in hive management. It is necessary because it allows control of the quality of the queens, their age and condition. In this way, the beekeeper will always have queens of the highest quality and young queens, and will prevent his colonies from having emergency queens or from developing a strong tendency to swarm, which occurs if hives are allowed to shed their swarming queens.

This article reviews the main situations in which queens are changed and what type of queen bee is introduced. Read on to improve your introduction technique.

1- Why introduce queens? Advantages and disadvantages

There are many reasons to introduce queens. Some are to build a new colony, others are for tactical or strategic needs: to replace a problem queen or to improve the genetic line.

The main situations in which it will be necessary to introduce a queen (virgin, mated or queen) are as follows:

To make a nuc

This is probably the activity that requires the most introduction of queens. The creation of blind, queenless nucs can be solved by letting the bees develop their own queen from brood less than three days old. But if you don’t want to wait the three weeks needed to fertilize this queen, it is best to introduce one.

To make a package of bees

Making packages of bees also requires queens that are caged in the package’s transport box.

To give a new queen to a swarm

Often swarms that are captured contain old queens. For this reason, many beekeepers choose to replace them after the swarm has been trapped and established. In cases where the funnel technique is used to capture swarms, it will still be necessary to introduce queens, since the swarm’s queen will have been left in the hole where the colony was located.

Many beekeepers choose to replace their queens with others of better genetic origin. In this way, they have mothers who will provide their apiaries with more productive or better quality bees. They use the high reproductive potential of bees to generate nucs, but then replace the queens with more docile strains.

To replace an old or defective queen

When a hive is old or defective, or if the queen dies by accident, the process of producing a new queen is started. However, if the beekeeper realizes that the queen has lost her quality, he can replace her to save time and ensure the quality of the new mother. Many beekeepers routinely replace their queens when they are two years old. This way they always have young, strong mothers.

In cases where the queen needs to be replaced, there is an important first step: looking for the queen to be removed. If this queen is marked, it will be easy. If not, it may require some experience and knowledge of how to search for a queen. After locating the old queen, you have no choice but to kill her. It is advisable to leave her corpse inside, on the floor of the hive, to speed up the feeling of being orphaned.

This should be done at least 48 hours before introducing the new queen. It is also advisable to do this 7 days before and then remove any queen cells that may be present. This will ensure the acceptance of the new queen.

It should also be taken into account that very strong hives are less likely to accept queens. The more vigorous a colony is, the worse the success rate. It is therefore advisable to replace these queens at times when the hive is less strong, such as at the beginning of the season.

2 – How to introduce virgin queens

The most important thing to do when introducing a virgin or fertilized queen is to make the colony that will receive her feel like an orphan. For this, both in nucs and in already developed hives where the queen is changed, it is necessary to allow a minimum of 24 hours to pass, although it is advisable to wait even 48 hours.

There is a way to avoid this waiting time: the 24 hour nuc method, which is a way of working that creates large packages of orphan bees and distributes them in the nucs. With this approach, the queen can be introduced during the nuc making process. Otherwise, it will always be a waiting game.

Virgin queens tend to have a lower acceptance rate than mated queens, because their pheromone production is not as high. Therefore, extreme care should be taken to ensure that they are not introduced for at least 24 hours.

Then the cage in which the queen is placed is introduced into the hive. These cages, especially if they come from a queen breeder, usually contain a few bees that accompany the queen. It is not necessary to remove them as they will help the new queen, who is still a virgin, to bond with the new colony.

It is best not to mark virgin queens, as the smell of the paint may disturb the workers and cause more rejection. This does not happen with fertilized queens, whose ability to produce pheromone is much higher.

The cage is introduced with the release area, where the candy is usually placed, facing down. And it is suspended between two frames with brood, because in this way the queen will come into contact with nurse bees. If a package is being made, or if the hive is a drone hive or has no brood, the cage should be placed between two heavily populated combs.

Note: it is important to remove the safety flap so that the workers can eat the candy and free the queen.

With virgin queens, many beekeepers prefer to use a technique called the insertion cage. The insertion cage is a box made of wire mesh or plastic netting that is nailed to a brood comb about to hatch. In this cage, the unfertilized queen and her accompanying bees are released, and as the bees hatch in the cage, the queen gets her first crop of native workers from the colony.

Through the screen, the nurse bees will care for these newborns and make contact with the new queen, making it easier for her to accept them. In a few days, when there are a good number of bees in the cage, you can open the opening and let the virgin queen out whenever she wants.

With fertilized queens, the task is a little easier, because their strong pheromone production immediately attracts the attention of the orphan colony. Otherwise, the practice is exactly the same as with virgin queens, but laying can be controlled before 10 days, because, being fertilized, she will start laying in only a few days.

Working with fertilized queens should be done very carefully, as they are more expensive and more valuable. If you do not breed your own queens and choose to receive them from a breeder, you must receive them and check that they are alive. They should then be kept in a quiet, dark place, warm but not too hot, until they are taken to the hives where they will be introduced.

If it is too hot and the environment is dry, it is a good idea to place a damp cloth on the box where the cages are kept. This moisture will help to keep them in good condition. With this care, queens can be kept in the transport cages for more than a week. However, it is advisable to limit the waiting period: the sooner they are introduced into the hives, the sooner acceptance will begin and the higher the success rate will be.

4 – How to introduce queen cells

An interesting (and less expensive) option is to work with capped queen cells. In this case, acceptance is much more likely, as the new queen is already born as an inhabitant of the colony.

You can work with your own queen cells or buy them from breeders. In any case, they must be handled with great care, as they are very fragile.

The queen cells will be inserted attached to the wall of a brood comb.

The basic advantage of this method is a better acceptance, but also a reduction of costs. But there are also disadvantages: it takes a few days for the queen bees to hatch, which adds time to the process until the new queen is fertilized. In addition, the beekeeper must ensure that the colony does not rear other queen bees and that other queens are born that may kill the inserted queen.

As you can see, the introduction of queens into hives is a necessary practice to improve the quality of the colonies. However, it is very important to do it correctly. The success of the operation depends on following these steps. 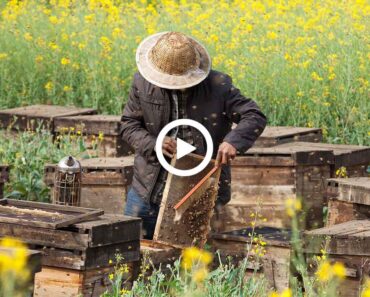 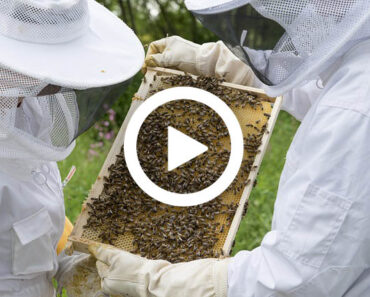 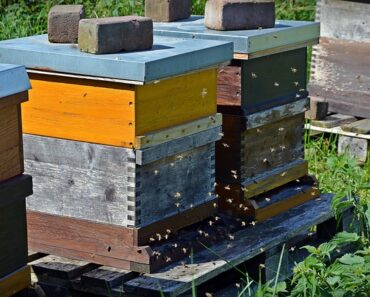 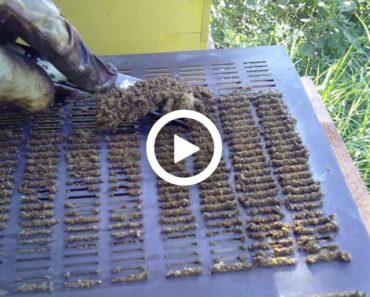 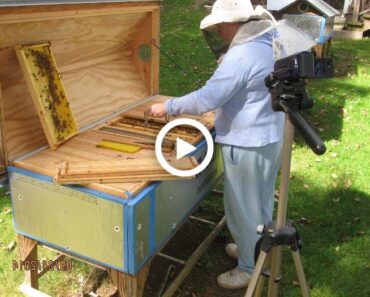 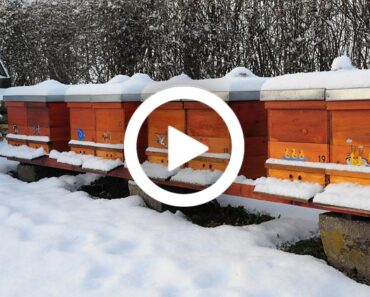 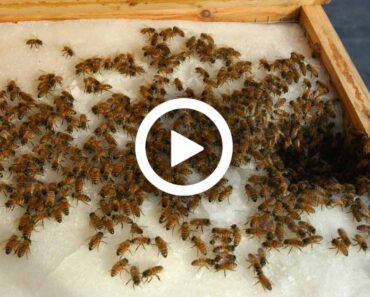 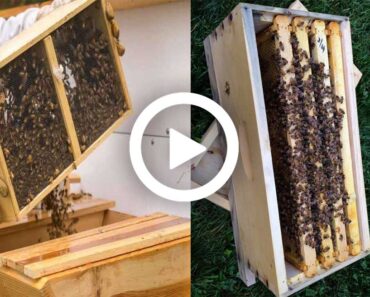 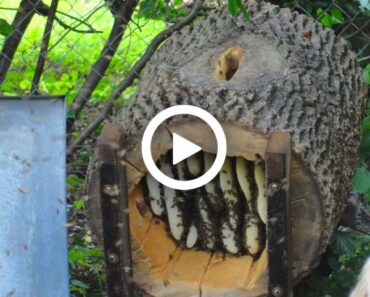 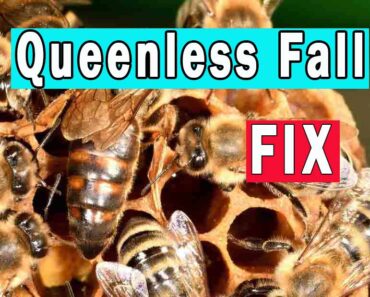 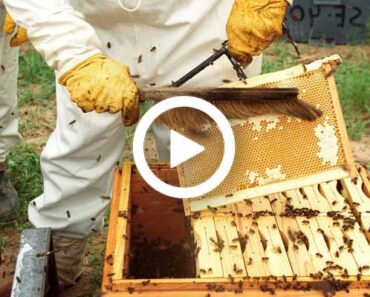 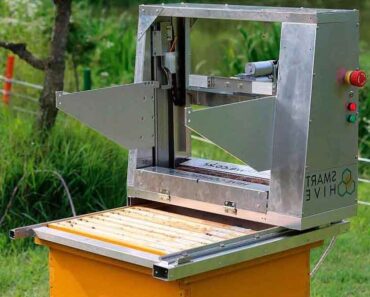 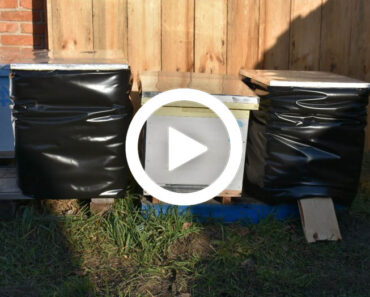 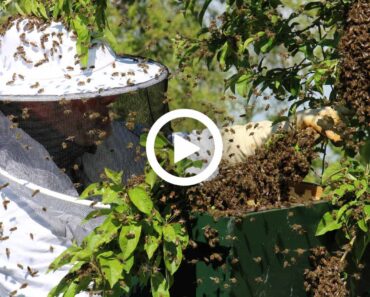 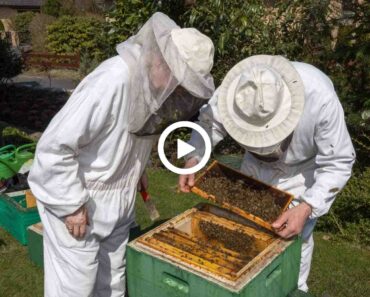 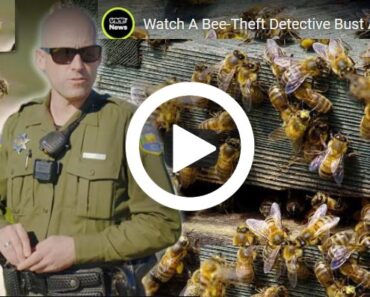 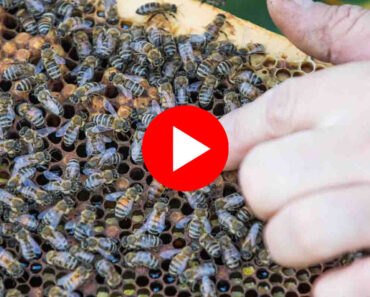 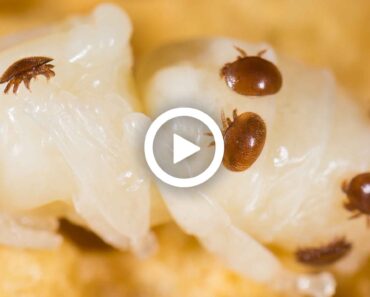 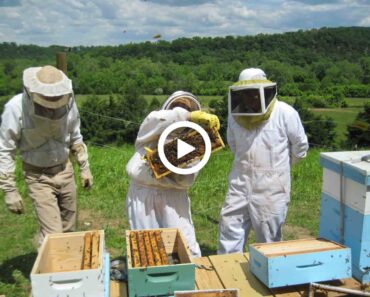